In some scenarios, your test might need to perform complex gestures.

For example, pinching and zooming on a map.

You can combine multiple Touch Actions into a Sequence.

And you can also combine multiple Sequences in a Multi Touch Actions Sequence.

Names must be provided for each Touch Action.

Those names will be used when executing the Touch Actions or when combining them into a Sequence.

The names of the defined Touch Actions must be provided, with + signs between them. 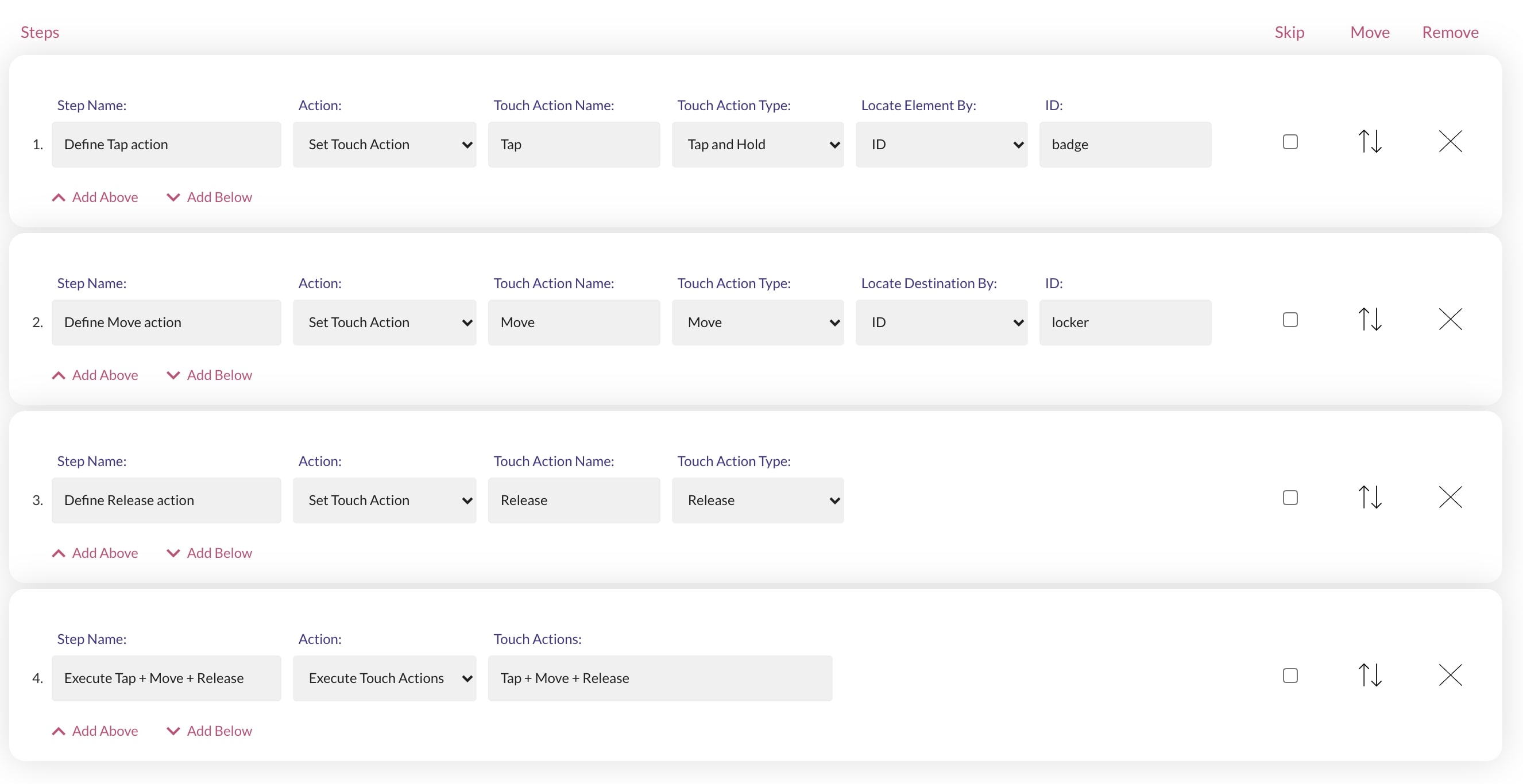 This action can be used if you want to store multiple Touch Actions in a Sequence.

Adding a Set Touch Actions Sequence step will not execute the Sequence, it will only define it.

Names must be provided for each Sequence.

Those names will be used when executing the Sequences.

This action can be used to execute multiple Sequences in the same time.

A good example is when you want to pinch and zoom on a map.

Both fingers would perform separate Sequences at the same time.

The names of the defined Sequences must be provided, with + signs between them.

To understand a complex gesture, it's best to first break down that gesture into sequences.

And then, to break down those sequences into touch actions.

For example, pinching and zooming in on a map is a gesture.

That gesture is made up of 2 sequences.

Each finger will perform a separate sequence, at the same time.

Each sequence is defined by 3 touch actions (Tap, Move, Release), executed one after another.

← How to scroll in Mobile TestsVariables →